As of March 2021, about two-thirds of homeowners who signed up for some type of mortgage forbearance during the Covid-19 pandemic have exited the programs, according to new research from the New York Federal Reserve. Only 35% of borrowers, or about 2.2 million homeowners, who signed up for forbearance remain in these programs, the New York Fed found.

But those who remain in forbearance typically have lower credit scores and live in lower-income neighborhoods, making them more susceptible to losing their homes when these programs end later this year.

“The borrowers in the subprime credit score buckets are much, much more likely to have both entered forbearance, and still be in forbearance at this point,” says Joelle Scally, a financial and economic analyst with the New York Fed and an author of Wednesday’s report.

In contrast, homeowners with the highest credit scores have typically already exited forbearance.

Many of the current forbearance programs were set up in the CARES Act last year and apply to federally-backed loans offered through agencies including Fannie Mae, Freddie Mac, the Federal Housing Administration and the Department of Housing and Urban Development. Private lenders and servicers also set up their own forbearance programs.

The report found that those who have FHA-backed mortgages were more prone to enter forbearance. That’s because these mortgages are typically held by first-time homebuyers who live in lower-income areas.

About 70% of all homeowners still in forbearance are not making any payments, and the worst-case scenario, the researchers estimate, is that about 2.9% of all mortgage borrowers could end up in delinquency. That means the serious delinquency rate, which is defined as payments that are over 90 days late, would shoot up from 0.9% currently to 3.8%.

That’s still much lower than the 6.3% delinquency rate seen in 2010 in the midst of the Great Recession.

But “even if we don’t see levels of delinquency that rival those of the Great Recession, that still could represent a significant amount of hardship for the households involved and it would still be a relatively sharp increase in where we are today,” says Andrew Haughwout, one of the report’s author and senior vice president in the New York Fed’s research and statistics group.

The good news is, this will perhaps not be the “wave” of foreclosures that some experts predicted would occur this fall, once these forbearance programs start to wind down.

In fact, to prevent an overwhelming surge in Americans losing their homes, the Consumer Financial Protection proposed a rule earlier this year that would prevent lenders from starting foreclosure proceedings until 2022. The CFPB’s proposed rule would cover all homeowners, including those with mortgages through private lenders such as banks.

The CFPB’s plan, however,  is only a proposal at the moment. The agency was seeking public comments through May 11 before issuing a final rule. 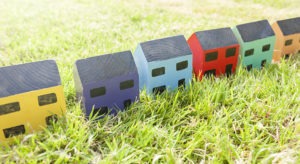 3 Trends That Are Good News for Today’s Homebuyers 

While higher mortgage rates are creating affordability challenges for homebuyers this year, there is some good news for those people still looking to buy a home. As the market has cooled this year, some of the intensity buyers faced during the peak frenzy of the pandemic has cooled too. Here are just a few trends that may benefit you

Two Questions Every Homebuyer Should Ask Themselves Right Now

Rising interest rates have begun to slow an overheated housing market as monthly mortgage payments have risen dramatically since the beginning of the year. This is leaving some people who want to purchase a home priced out of the market and others wondering if now is the time to buy one. But this rise in borrowing cost shows no 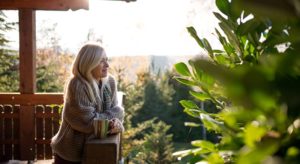 Why It’s Still a Sellers’ Market

As there’s more and more talk about the real estate market cooling off from the peak frenzy it saw during the pandemic, you may be questioning what that means for your plans to sell your house. If you’re thinking of making a move, you should know the market is still anything but normal. Even though the supply of homes 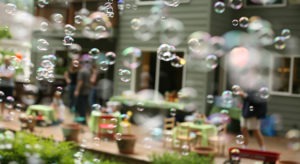 With so much talk about an economic slowdown, some people are asking if the housing market is heading for a crash like the one in 2008. To really understand what’s happening with real estate today, it’s important to lean on the experts for reliable information. Here’s why economists and industry experts say the housing market is not a bubble ready to pop. 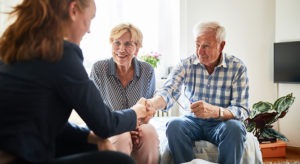 If You’re Selling Your House This Summer, Hiring a Pro Is Critical

It can be tempting, especially with how hot the housing market has been over the past two years, to consider selling your home on your own. But today’s market is at a turning point, making it more essential than ever to work with a real estate professional. Not only will a trusted real estate advisor keep you updated 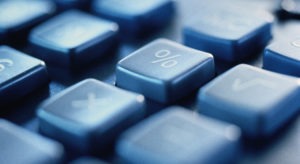 Where Are Mortgage Rates Headed?

There’s never been a truer statement regarding forecasting mortgage rates than the one offered last year by Mark Fleming, Chief Economist at First American: “You know, the fallacy of economic forecasting is: Don’t ever try and forecast interest rates and or, more specifically, if you’re a real estate economist mortgage rates, because you will always invariably be wrong.”